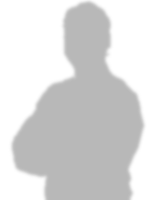 Nikolai Alekseevich von Essen has been working since 2005. He graduated Kazan State Pedagogical University (now Kazan Federal University), the Foreign Languages Department, the German Faculty. Under his guidance, the students of the "Public Relations" specialty actively participate in scientific conferences in KSPEU and other universities of Kazan. He is currently the Head of the KSPEU department of PR and the KSPEU Press Center. The latest was created with his crucial participation. The KSPEU Press Center publishes The Power Engineering University newspaper (official administration paper), The Publicity (supplementary newspaper to The Power Engineering University for students' audience). Under the guidance of Nikolai Alekseevich von Essen the pilot project "Power TV" has been functioning since autumn of 2010.