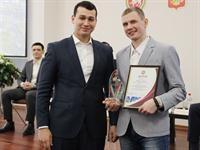 TODAY KSPEU WELCOMES A YOUTH DAY. IF YOU MANT TO SHARE EXPERIENCE, TO INTRODUCE YOUR SCIENTIFIC DEVELOPMENTS, AND OF COURSE, TO MAKE NEW FRIENDS GO THO THE POWER ENGINEERING UNIVERSITY. ON THE COLOR OPENING CEREMONY THE UNIVERSITY ALSO MET DEPARTMENT REPRESENTATIVES AND ENERGY COMPANIES TOP MANAGERS, SCIENTIFIC COMMUNITY AND THE YOUTH OF THE REPUBLIC ENERGY INDUSTRY.

Within the framework of the meeting, there were various training quests, discussions, meetings with leading power engineering, housing and communal services, science experts. The youth day was held within the framework of the international symposium "Energy and resource efficiency and energy saving", therefore the meeting was held under the auspices of the energy sector. The questions were appropriate to the case, one of the main ones is connected with modern trends in the energy industry: Can the future of science be influenced? What is the industry "breathing" with and what problems do engineers face? "Meeting without ties" was started with the welcome words of the invited guests, and after that it was continued in a question-and-answer format. 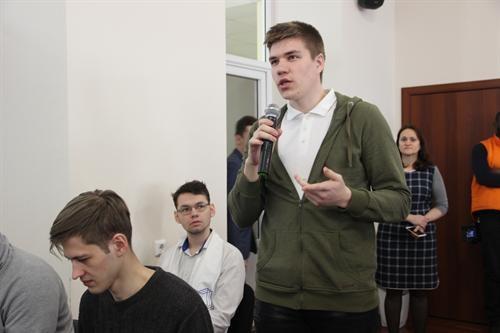 The Deputy Minister of Industry and Trade of the Republic of Tatarstan, Almaz Khusainov, the Deputy General Director of JSC "Grid Company", Ilshat Galimzyanov, the Deputy Director General of JSC "Tatenergo" for Corporate Policy, Roman Bulatov, the Director of CET RT under the Cabinet of Ministers of the Republic of Tatarstan, Yevgeny Martynov, the KSPEU first Vice-Rector for academic work, Alexander Leontiev took part as speakers. 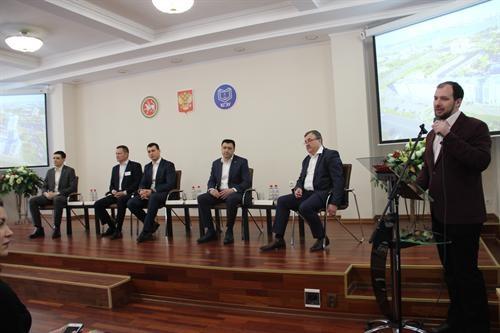 "Our meeting has really become a gathering place for professional communities. These are non-profit organizations and educational institutions, these are both state-owned companies and private companies that subsequently use the experience that the guys here develop within the thematic areas, and we provide the opportunity for both employment and internships, " stressed the RT Deputy Minister of Industry and Trade Almaz Khusainov. 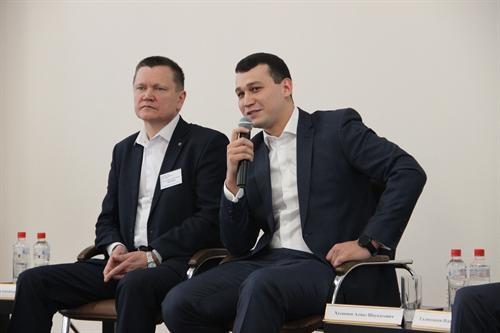 At the meeting they touched upon the issues of digitalization of education, the experts discussed new trends in industry digitalization, energy companies’ large-scale projects and how the world is changing around in the conditions of the fourth industrial revolution: "Science is stepping so fast that we do not notice it." Ten years ago it was impossible to imagine, that almost in every entrance light will react to movement, that in the remote areas of the country they will have running water. We are rapidly moving forward and the technologies of the future make life easier and create more modern conveniences," said Yevgeny Martynov, the Director of the CET RT under the RT Cabinet of Ministers. 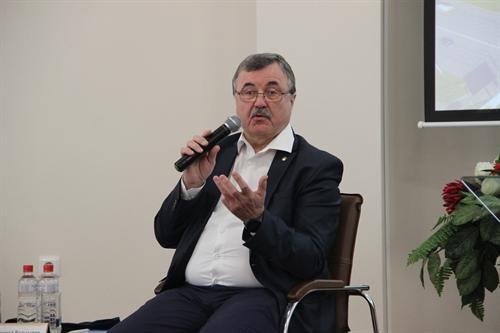 In the end, the winners of the V republican contest of youth initiatives "We choose energy efficiency-2018" and the quest project "Business-Energy" were awarded. 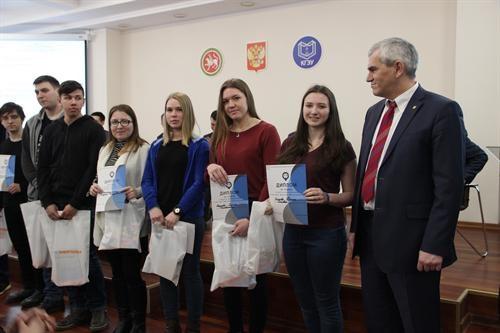 The youth day at KSPEU was marked with another important meeting. So, at the Power Engineering University there was held a meeting of the Youth Council in Energy Industry. About 30 people participated in it: young scientists and specialists teamed up to discuss joint projects and prospects for cooperation. The representatives of JSC "Tatenergo", JSC "Grid Company", other leading companies of the republic and, of course, young scientists of KSPEU were present at the Council. The main issue put forward was the discussion of the work plan of the Youth Council, the regulation of which the leadership of the Coordination Council had already signed. The goals and objectives of the Youth Council are very extensive. One of them is scientific research  effectiveness enhancement, innovative developments introduction in production, graduate students, young scientists and enterprises interaction, as well as the organization of joint events for young power engineers. Each of the members of the Council reviewed his responsibilities within the project. In addition, an action plan for 2018 was proposed. 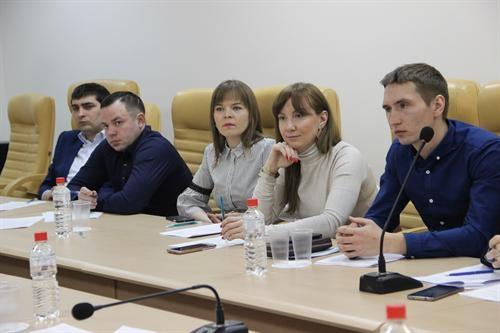 Later, the energy industry representatives began competing in the intellectual quiz ReQuizit. 14 teams of five people answered intellectual questions in the field of energy efficiency. The company JSC "Tatenergo" was recognized as an absolute winner. In the end, all participants were given memorable prizes and gifts from KSPEU. 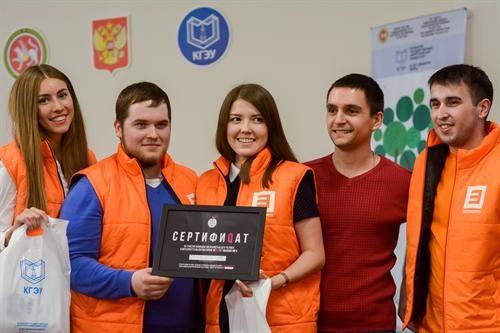 The moderator of the event was Nikolai Alekseevich von Essen. 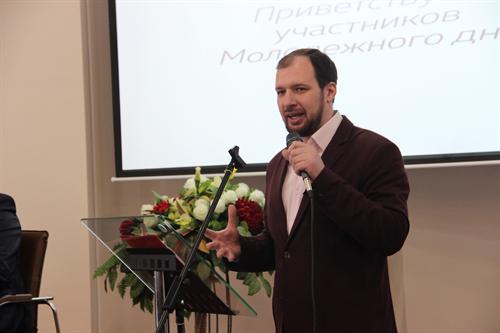