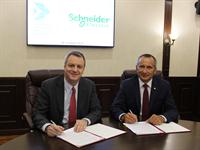 The guests passed with a tour the 19-storey hostel, the unique training ground "110/10 kV Substation" and "Distribution Networks", numerous scientific and educational laboratories, as well as the showroom of the KSPEU Energy Saving Center. The foreign visitors  got particularly interested with the latest one. 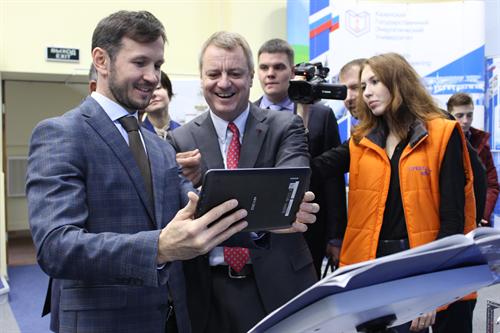 During the visit, the President of JSC «Schneider Electric» in Russia and the CIS, Johan Vanderplaets, and the Rector of the Kazan State Power Engineering University signed an agreement on donation of the  400 electrical equipment items to the university. The mentioned electrical equipment is given to the Applied Qualifications Center "Electro Skills", which is to be the training and educational center for the  students' electrical work skills obtaining, electrical equipment design, installation, repair and maintenance operating characteristics training, as well as retraining and advanced training of specialists of working specialties. For these purposes, «Schneider Electric» will equip educational zones of the Center with modern equipment, the total amount of which will be 7 million rubles. 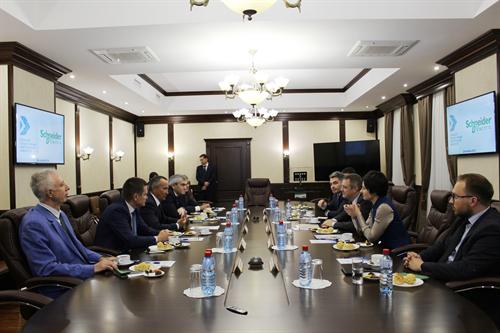 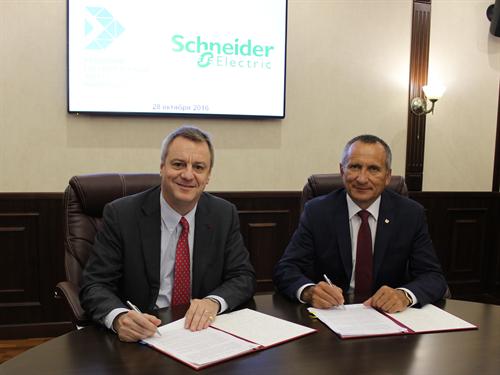 Yesterday in the presence of the Acting President of the Republic of Tatarstan, Ildar Khalikov, there was signed an agreement on cooperation between the company «Schneider Electric» and Kazan State Power Engineering University. The document was signed by the President of JSC «Schneider Electric» in Russia and the CIS countries, Johan Vanderplaets, and the Rector of the KSPEU, Edward Abdullazyanov.