THE KSPEU STUDENT BECAME THE FINALIST OF THE CHAMPIONSHIP OF THE RUSSIAN STUDENT SPORTS UNION ON BOXING. THE HONORARY SECOND PLACE - NOW MASTER OF SPORTS ON BOXING WILL LEARN THEKSPEU STUDENTS TO MAKE A SHOW AT A RING. AKIMNABIULLIN HAS ENTERED THE UNIVERSITY THIS YEAR AND IS PREPARING THE STUDENTS FOR COMPETITIONS.

There are already 15 peoplein his team, two of whom are girls. “Natural data is half-success,” says Akim, and right during the interview simulates the situation: whether it is possible to dazzle a real boxer from ausual fragile guy?

"Everything is possible! Of course, it is necessary to subject the one to a psychological work. A boxer is his will and his character. Every fightshould be considered as the last battle, and, of course, work capacity cannot be but mentioned. Any sport is a hard work. And any imperfection of physical data can be tightened ", assures the athlete. 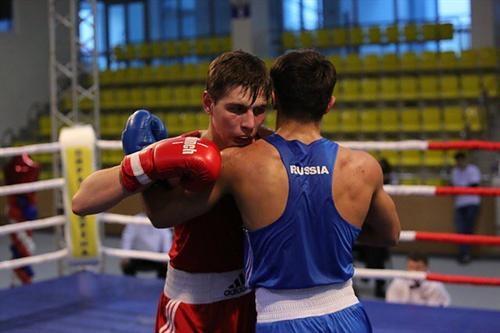 He himself was pulled up by the most important person in his life. The first teacher, the best mentor, the man, who brought the future athlete into boxing was his father. He was his only coach.AkimNabiullin begins training at seven, and already at 12 takes part in his first competition. Since then, he has become aware that the main goal is not just to knockoutan opponent, but to do it beautifully.

"Boxing is an art, no matter how strange it sounds. The technique is important, but there is still dexterity, skill. I'm learning to turn the fight into a big show. Mohammed Ali had no equal in it. He simply had skills that surpassed everyone's expectations: the fastest, the best, the most positive. Perhapswe will never see such a greatest again. He is the sportsman for all time, "notes the KSPEU student.

Like his idol, in addition to sports, he tends to make the world better and cleaner. Therefore, having two educationsalready, he enters KSPEU on a specialty "Engineering ecology".

"I understand perfectly well that sport is not forever and the career of a boxer is short-lived. This is my springboard for the future. I have always wanted to get technical education and have chosen KSPEU because I have a lot of good reviews about the university,"notes Akim Nabiullin. 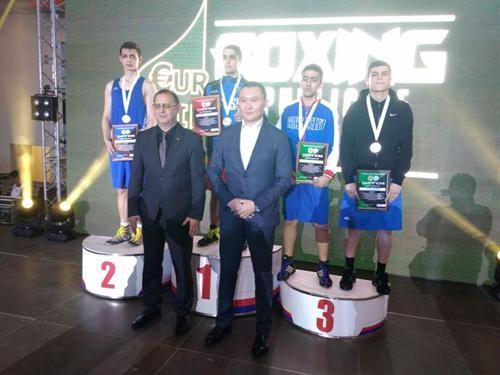 Even the most enthusiastic person has his own horizons. Today Akim is glad to what he has. He has already been training schoolchildren, and now he is also training the students of KSPEU. Akim managed to participate in the Russian Championship, but his main achievements are yet to come.

"My dream is the Olympic Games, in general it is the cherished objective of any professional athlete. Of course, I really want to win, but I would not refuse just to take part and look at everything outside, because it is such a large-scale event, " emphasizes the boxer. 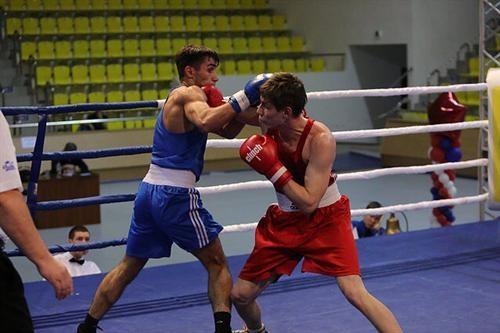 Meanwhile, Akim is conquering new peaks: daily training and injuries, which the athlete takes steadfastly, because professional sports do not tolerate pity. In sport the student of KSPEU strives to take not the last place, but to the question "What is big boxing lack of today?" he confidently answers "Me".

From March 17 to 23 in the city of Elista, the Republic of Kalmykia, the Russian Student Sports Union Championship was held. There were 117 boxers: 59 higher educational institutions from 34 subjects of the Russian Federation. From Tatarstan there were 13 athletes. The Republic of Tatarstan took the first command place.