COOPERATION AGREEMENT BETWEEN THE COMPANY «SCHNEIDER ELECTRIC» And KSPEU. 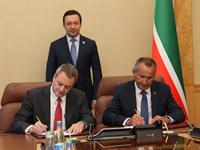 27 OCTOBER IN THE PRESENCE Ildar Khalikov SIGNED COOPERATION AGREEMENT BETWEEN THE COMPANY «SCHNEIDER ELECTRIC» And KSPEU. 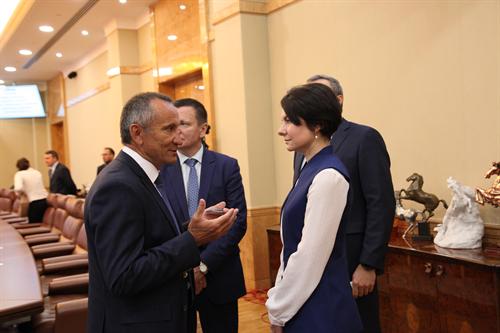 Ildar Khalikov noted that the cooperation of the Republic of Tatarstan and «Schneider Electric» lasts for several years. The company operates an office in Kazan. Together with local partners, is developing the production of low-voltage equipment -. "Kazan Elektroshchit", "TATEK", etc. On the territory of Tatarstan «Schneider Electric» is involved in several major projects, particularly in the reconstruction of the facilities of the Kazan helicopter plant.

Actively develop relations in the field of education, said Ildar Khalikov. So, Kazan State Power Engineering University, as one of the leading universities of the country, is a key partner university "Schneider Electric" in the Republic of Tatarstan.

President of JSC «Schneider Electric» Ildar Khalikov thanked for the reception at the Russian CIS Johan Vanderplaetse. He stressed that the company is considering Tatarstan, Russia as an important region in terms of development cooperation. He said that «Schneider Electric» cooperates with more than twenty leading universities of the country and a special place among them is Kazan State Power Engineering University.

Then, in the presence of Acting RT President Ildar Khalikov signed an agreement on cooperation between the company «Schneider Electric» and Kazan State Power Engineering University. Document was signed by the president of JSC «Schneider Electric» in Russia, the CIS countries and the rector Johan Vanderplaetse KSPEU Edward Abdullazyanov.

One of the points of cooperation - participation «Schneider Electric» in creation on the basis of the Center for Applied KSPEU training qualifications Electro Skills, specializing in the field of electrical engineering and electrical works with standard World Skills International. 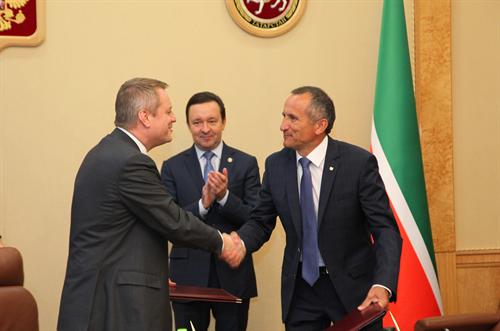 The Centre will be training and teaching students the skills of electrical work, especially the design, installation, repair and maintenance of electrical equipment, as well as retraining and advanced training of specialists working specialties. For these purposes «Schneider Electric» equip educational zones of the Center with modern equipment 7 million. Rubles.

«Schneider Electric» is a world expert in energy management and automation. The company offers integrated solutions for energy efficient energy and infrastructure, industrial, civil and residential construction, as well as data centers. Business units operating successfully in more than 100 countries around the world.

JSC "Schneider Electric" has offices in 35 cities of Russia, headquartered in Moscow. The production base of Schneider Electric in Russia is represented by 6 operating plants and 3 logistics centers. Also in the Russian scientific and technical work and engineering centers of the company. The number of employees in Russia is about 12 thousand. Employees.

According to the press service of the Office of the President