HALF A BILLION RUBLES - FOR "SMART" OIL PUMPING!

The KSPEU, together with ChEAZ, are creating an intelligent control station and a highly efficient electric motor for oil pumping at "smart" fields. "Modern power engineering should be able to do everything," decided the KSPEU scientists and invented how to manage oil production remotely, saving electric power and increasing reliability at the same time.

The project's head, the doctor of technical sciences, a professor, the director of Electric Power and Electronics Institute, Igor Ivshin, has told us about the project, its functions and tasks.

It all started in 2015, when the KSPEU scientists and the Cheboksary electrical equipment plant's workers united scientific ideas, developments, production potential, engineering ideas for optimization, oil production improvement in low-yield wells. The main task of scientists and production workers was the following: to create technology that will improve quality, save and reduce risks.

"The goal of the integrated project is to create a series of electric drives based on Russian high-performance synchronous engines for oil pumping machines using wireless data transmission systems and an adaptive control system designed to increase the level of oil production, optimize the technological process, significantly reduce the influence of a "human" factor and increase reliability, " noted Igor Ivshin.

In Tatarstan, oil production is a labour-intensive process. Deposits depths is sometimes more than two kilometers. As a result, there are high costs, high risks.

"Borehole pumping units with new drives based on valve motors, wireless data transmission system and adaptive control will allow us to optimize the process, to achieve an effective result, saving energy and resources," emphasized the project manager. 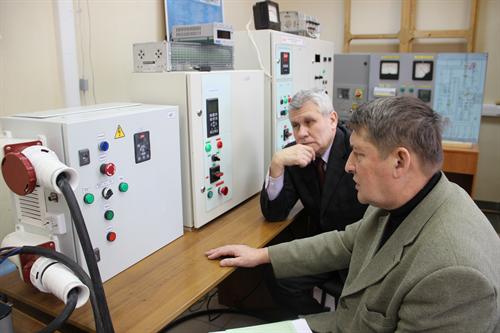 The project implementation will result in energy consumption saving in low-yield wells up to 20% and preventive maintenance cost reducing -  50%. 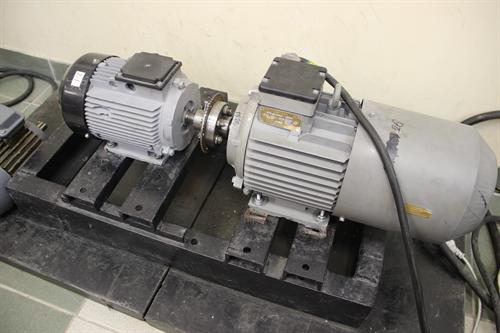 The project was noted not only in narrow circles, but also at the Russian level. According to the Federal Program, the  complex project developed by the Cheboksary electrical equipment plant and the team of the KSPEU scientists won a grant for 460 million rubles. The competition was very high: only 14 projects out of 68 from all over the country won this contest. The KSPEU project in points was featured among the top five.

By the way, the KSPEU scientists are not going to stop the research. They have already promised to "grow smart" not pumps, but the oil production methods. The new projects are ahead!