KSPEU PARTICIPATING IN ITS FORUM 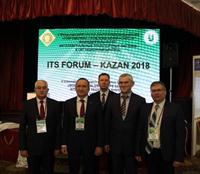 ON THE 27, 28 FEBRUARY THE KSPEU REPRESENTATIVES HEADED BY THE RECTOR TOOK PART IN THE V INTERNATIONAL SCIENTIFIC AND PRACTICAL CONFERENCE ITS FORUM-KAZAN "LIFE SAFETY CONTEMPORARY PROBLEMS: INTELLIGENT TRANSPORT SYSTEMS AND SITUATIONAL CENTERS".

The forum brought together the leading Russian and foreign experts, scientists, engineer- designers and experts in the situational centers and transport systems development.

Before the beginning of the plenary session, Rustam Minnikhanov and others got acquainted with the exhibits of the specialized exhibition within the ITS Forum-Kazan conference framework - all companies are road safety developers and producers.

At the plenary session, the film "Life Safety and Situation Centers in the Republic of Tatarstan", was demonstrated. 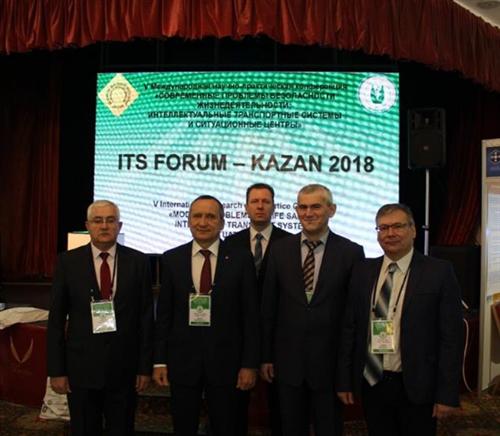 The plenary sessionwas led and moderated by the Prime Minister of the Republic of Tatarstan, Alexey Pesoshin.

The President of Tatarstan, Rustam Minnikhanov, addressed the participants with a welcoming speech. In particular, he noted that one of the current trends is the development and implementation of "smart" machines capable of independently roads situation assessing and making decisions, new environmental engine types using and itsinfrastructure development.

"The effectiveness of economic development depends also on road infrastructure - on the speed of delivery of goods, the safety of passengers. Tatarstan is located at the intersection of important transport routes. We understand the importance of developing and implementing modern technologies -automatic control of the traffic situation, automatic transport scales, environmental monitoring, development of mobile applications and many other projects, "Rustam Minnikhanov emphasized.

The first Deputy Head of the Main Directorate for Traffic Safety of the RF Ministry of the Interior Affairs, Vladimir Shvetsov, read out a greeting to the conference participants on behalf of the department Mikhail Chernikov. "Due tomodern technologiesintroduction we managed to reduce accidents number on 4 percent, deaths number – 6.5 percent, and the wounded  one - 3 percent. I am sure that this conference will help further technologies and their implementationdevelopment, "said the greeting.

The Prime Minister of Tatarstan, Alexey Pesoshin, during the report "The Republic of Tatarstan - the role and place in Russiaeconomic life" recalled the special geographical position of Tatarstan and its key role in the transport link between the eastern and European parts of Russia.

"The Republic takes an active part in major international projects implementation  fortransport infrastructuredevelopment. They are high-speed Moscow-Kazan railway with a medium-term extension to Ekaterinburg and a more remote one to Beijing; the transport route implementation "Western Europe - Western China", the total length of which will be about 8 thousand kilometers. As part of this project, the toll highway "Shali-Bavly" is under construction, a new route development of the federal road Kazan-Orenburg ", said Alexey Pesoshin.

Further on, the reports were made by the General Director of ERTICO ITS EUROPE (Belgium), Jacob Bangsgaard, the department  head of “Traffic  organization and safety”  of the Moscow State Automobile and Highway Technical University (MADI, Moscow, Russia) - Sultan Zhankaziev, the professor of the Federal Research Center "Informatics and Management of the RAS" ( Moscow), Alexander Zatsarinny, the associate professor of the department "Electrotechnical complexes and systems" (Kazan) Robert Hizbullin and others. 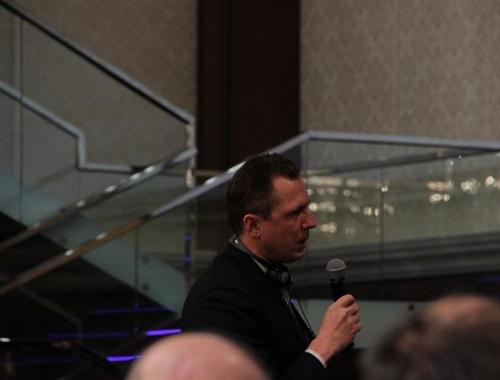 Within the conference framework (February 27-28, 2018), the guests of the republic will visit the field sites where they will get acquainted with promising and already implemented projects.

Thus, the visit program includes theInnopolis University, the technopark in high technologies sphere - the IT park in Kazan, the RT Situational Center and the Crisis Management Center of Emergency Situations Ministry of  the Republic of Tatarstan, Kazan Automated Traffic Management System and Automatic Fixation Center for Administrative Offenses of the RT Traffic police of the Ministry of Internal Affairs.

There was also held a hakatonon the basis of the Higher School of ITIS KFU –a competition of students’ research works on ITS. The planned themes of the hackaton –are: smart city, people mobility incity, unmanned transport, rapid response systems and others. The KSPEU student, Sergey Grischuk took part in it.